The New York Times reports on the perks of opting for digital TV antennas vs. paying for cable TV. With the exception of the occasional spotty signal, young viewers are finding antennas are the preferable choice, considering savings add up to half the usual cost for cable TV and internet access. 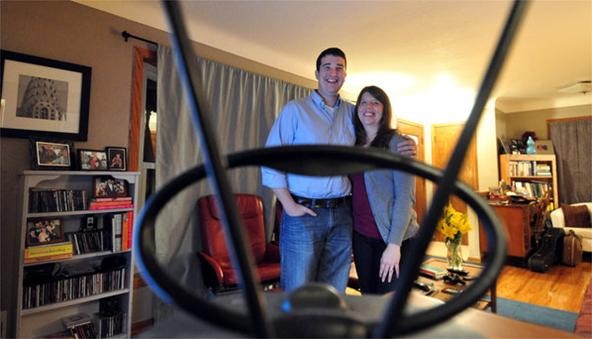 "From April to September, cable and satellite companies had a net loss of about 330,000 customers. Craig Moffett, a longtime cable analyst with Sanford C. Bernstein, said the consensus of the industry executives he had talked to was that most of these so-called cord-cutters were turning to over-the-air TV. 'It looks like they're leaving for the antenna,' he said.

Last month, Time Warner Cable fought back with a lower-cost package that it said might appeal to people who are feeling the economic squeeze. For $40 in New York, or $30 in Ohio, customers can get a slimmed-down set of channels.

To be sure, around 90 percent of American households still pay for cable or satellite television — a figure that in recent years has been slowly and steadily rising. But American's relationship with television has recently been in flux, in part because of the switch last June to digital broadcast signals..." (read more)

**Or better yet, skip the antenna and go for the cheapest option ($0.00): watch TV and movies on the web for free.

Other worthwhile deals to check out:

Join the Next Reality AR Community

Get the latest in AR — delivered straight to your inbox.